I Know a Place

Get to know a place where people don’t need an excuse to have a good time. A place where words unite to celebrate the color, sounds, and flavors of a modern international city.

From glittering nights out to outdoor adventure in green spaces, parks and sunshine, there’s a place that can make anyone feel young; and it’s closer than you think.

McAllen is close, easy, and safe. This is the week to get away, so you’ll be the one who knows a place.

The McAllen area is the most productive birding location in North America and people visit from all over the globe to see some of the bird species that can be found nowhere else in the entire country. In this relatively small area, 540 bird species and over 330 butterfly species have been recorded to date on literally dozens of birding hotspots that dot the region. There are also fine golf courses that are open year round with very reasonable green fees.

Texas’s McAllen is a true bi-national destination. It has a flavor all its own- tangy and delightful- that tantalizes the senses while soothing the spirit. It is worth a visit. 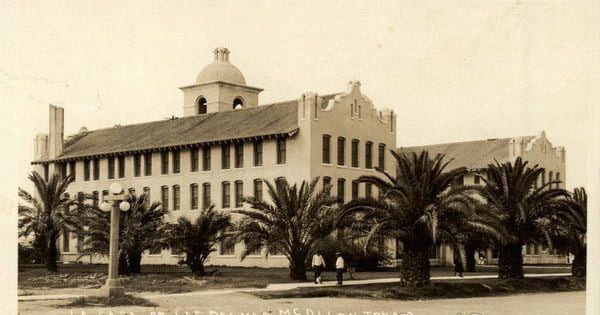 In 1904 the Hidalgo and San Miguel Extension (now the Sam Fordyce Branch) of the St. Louis, Brownsville and Mexico Railway reached the Santa Anita Ranch. John McAllen and his son James donated land to the railroad to guarantee it would cross the area. On December 5, 1904, the McAllen Townsite Company was formed by Uriah Lott, Leonidas C. Hill Sr., John McAllen, James Ballí McAllen, and John J. Young. The new community, which was named for John McAllen, had the depot nearest the county seat, Hidalgo, 8 miles (13 km) to the south.

By 1911, 5,000 acres (2,000 ha) were under cultivation in East McAllen, with produce consisting of cotton, alfalfa, broom corn, citrus fruits, grapes, and figs. East McAllen had an estimated population of 1,000 that year, and West McAllen had ceased to exist. In 1911 the town applied for and was issued a charter of incorporation under the name McAllen. In 1916, 20,000 New York state troops were stationed at McAllen to help quell border disturbances. The resulting economic boom increased the population from 1,200 in 1916 to 6,000 in 1920.

McAllen adopted a home rule charter in 1927. Canning factories, a winery, tortilla plants, wood-working plants, and some oil exploration increased the population to 9,074 by 1930. In 1936 Hiram Garner opened the Valley Distillery, Incorporated, which produced wines from citrus juices. The town was a petroleum and farm chemurgic center with a population of 11,877 in 1940, by which time it had adopted the nickname “The City of Palms”. In 1941, a suspension bridge replaced the old bridge from Hidalgo to Reynosa in Tamaulipas; the new toll bridge was purchased by McAllen and was named the McAllen–Hidalgo–Reynosa International Bridge. Its construction resulted in increased tourist trade, making McAllen a winter resort and port of entry to Mexico. The discovery of oil in the Reynosa area in 1947 resulted in a large migration of people from the Mexican interior, constituting a new tourist market and cheap labor supply for McAllen. The sister cities were linked as a result of the increased traffic between them. The population of McAllen was 20,005 in 1950 and 32,728 in 1960. By the 1950’s and 60’s, McAllen had grown into an important hub for international trade with Mexico, a retail shoppers’ mecca, and a highly desirable destination for snowbirds, or, as they are affectionately called locally, “Winter Texans.” The McAllen–Hidalgo–Reynosa International Bridge was the number-two port of entry into Mexico in 1954.

McAllen was an agricultural, oil, and tourist center in 1970, when the population reached 37,636. By the start of the 1970s, McAllen had a 200-bed hospital and a new air-conditioned high school, the first school in the nation featuring on-site power generated by natural-gas-powered turbines. The tourism industry continued to expand as people traveled to the area from both Mexico and the northern United States. The population continued to grow steadily through the 1970s, and reached 66,281 by 1980. During the late 1980s the McAllen Foreign Trade Zone was an important general-purpose foreign trade zone. At the time, McAllen’s main industries were retail, tourism and farming, and each was in trouble. The devaluation of the Mexican peso in the 1980s put a damper on cross-border shopping; local tourism was down because of the recession. In 1983 a freeze took out much of the valley’s citrus crop.

In the mid-1980s, fueled by trade and the growth of the maquiladora (in which components are shipped to Mexico, assembled and shipped back), the economy began to improve in Hidalgo County. McAllen sits across the border from Reynosa, a large manufacturing center. After the peso devalued it became easier to coax companies to put their plants in Mexico with support operations in Texas.

McAllen has developed from a farming community to a visitor’s delight. Known for its mild winter weather, tropical breezes, brightly colored birds, and low cost of living, it’s also a shopping mecca drawing millions of visitors annually to its many shopping districts.

Today, McAllen is one of the fastest growing cities in America. The City and surrounding areas have a population of 780,000. Within 60 miles is a total population of nearly 2.5 million. Drive 150 miles from McAllen and the population jumps to 10 million.

McAllen, Texas is on the move. We’re glad you’re moving through our City and invite you to stay to enjoy some or all of what we have to offer – world-class nature tourism, the best shopping in South Texas, nearly 700 restaurants, outstanding arts and entertainment opportunities, great sporting and outdoor activities, enchanting cultural diversity and a lively spirit that you’ll notice and appreciate.

McAllen –the City of Choice!